Girls took over a construction centre as part of a special 'taster day' into the world of work organised by Incommunities.

Seven budding builders, aged seven and upwards, joined their mums and female relatives who work for the housing group at a special 'bring your daughters to work' event.

During the day they had a go at basic joinery skills such as measuring and sanding under the supervision of the housing group's construction training staff, before turning what they had learnt into making novelty shaped clocks.

The day started with a presentation on health and safety in work.

The half-term event also formed celebrations to mark International Women's Day in March and the importance of promoting gender equality.

Nine-year-old Lily from Denholme came along with her mum, Kate Scott who works for Incommunities' Policy and Performance Team. 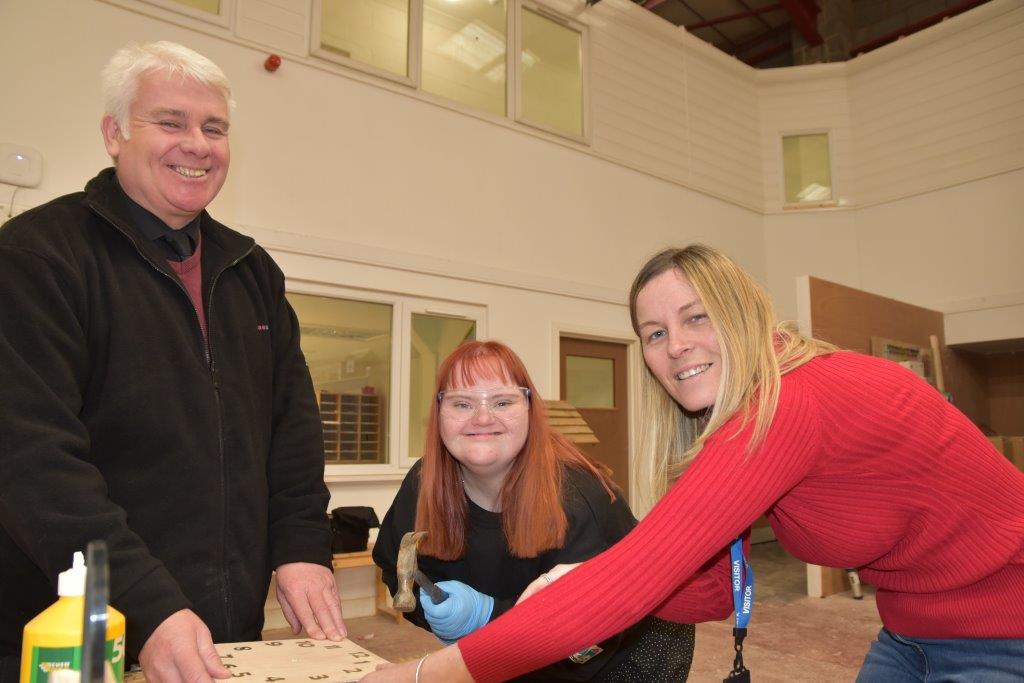 Lily said: "It’s been a great day and I’ve had lots of fun learning about woodwork and making a 'cloud shaped' wooden clock."

Seven-year-old Willow joined her mum Karline Symes, who started with Incommunities as an apprentice and became a qualified joiner in 2017.

Willow said: "It's been lots of fun and I've learnt about what my mum does in her work."

Geraldine Howley, Incommunities Group Chief Executive, said: "We firmly believe it is important to open up the world of work to young people – boys and girls - and construction is an area where we are particularly keen to see women develop professional careers".

As well as being great fun, this event aims to encourage more young girls to think about the range of opportunities out there.

"You never know, we could have inspired a future apprentice this week!"

Later in the year construction staff will be running a 'lads and dads' day to encourage young boys to explore their future work choices.