Two young Incommunities’ apprentices took part in an inspiring interactive event aimed at opening up the world of work to young people and exploring the exciting career routes open to them.

Aqib took part in a "What’s my line’ quiz where Year 5 and 6 pupils had to work out the jobs of six volunteers, whilst Baily talked about his role as a construction apprentice in a fun speed dating exercise.

CBI Director-General, Carolyn Fairbairn and Bradford Council Leader, Susan Hinchcliffe both spoke at the launch event which would see a host of local primary and secondary schools getting involved during a week of events.

A key focus was to challenge stereotype views young people might have about work, often based on gender and ethnicity.

Carolyn Fairbairn said: "Bradford is leading the way in how to educate young people about the exciting world of work. It’s been great to see leading companies like Incommunities get together with local schools to inspire our future talent.

"Starting early matters and we know children are making decisions about what they want to do at the age of eight!"

Geraldine Howley, Incommunities Group Chief Executive, said: "Investing in young people is at the core of our business and I’m delighted that Aqib and Baily had such a positive time sharing their experience of their apprenticeships with these young people.

"Many of our apprentices regularly go into schools to promote their roles and the exciting career opportunities for both boys and girls in housing and construction.

"Hopefully, Aqib and Baily’s involvement will help some of the pupils they met realise their ambitions and start to really think about the exciting careers out there."

Bradford Council leader, Coun Susan Hinchcliffe, said: "I am pleased that Incommunities got involved in this event. The apprentices were confident and engaging so that the young people could see that there are great opportunities through taking the apprenticeship route."

The initiative has been developed by a range of partners working closely with schools across the district. These include Bradford Council, University of Bradford, the National Science and Media Museum, the National Association of Head Teachers and the charity Education and Employers. 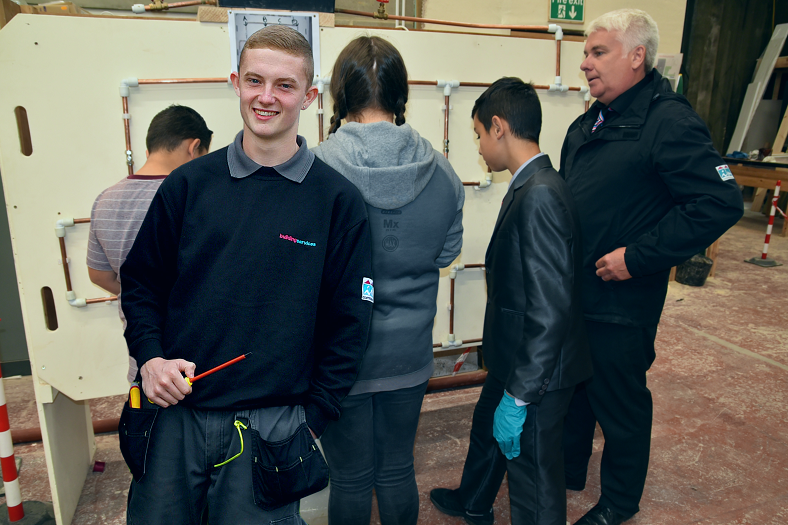