They then displayed their messages on a 'pledge wall' to highlight their commitment to promoting equality, tackling discrimination and celebrating women's achievements.

The theme of International Women's Day 2018 is 'press for progress' and a call to colleagues and communities to work together to achieve a gender equal society.

This year is even more significant as it marks the centenary of women's suffrage when the suffragette movement brought the women's right to vote to worldwide attention.

The 'pledge' event at Incommunites' Shipley base was organised by the housing group's Equality Steering Group. Staff from Incommunities partners, Sadeh Lok, also ran a similar event at their Huddersfield base.

Geraldine Howley, Incommunities' Group Chief Executive, said: "As an inclusive employer we are committed to promoting equality and diversity and helping both female and male staff achieve their ambitions.

This year sees a host of events across Bradford district over several days celebrating the contribution of women from all walks of life. Incommunities Group is proud to again be active partners in International Women's Day." 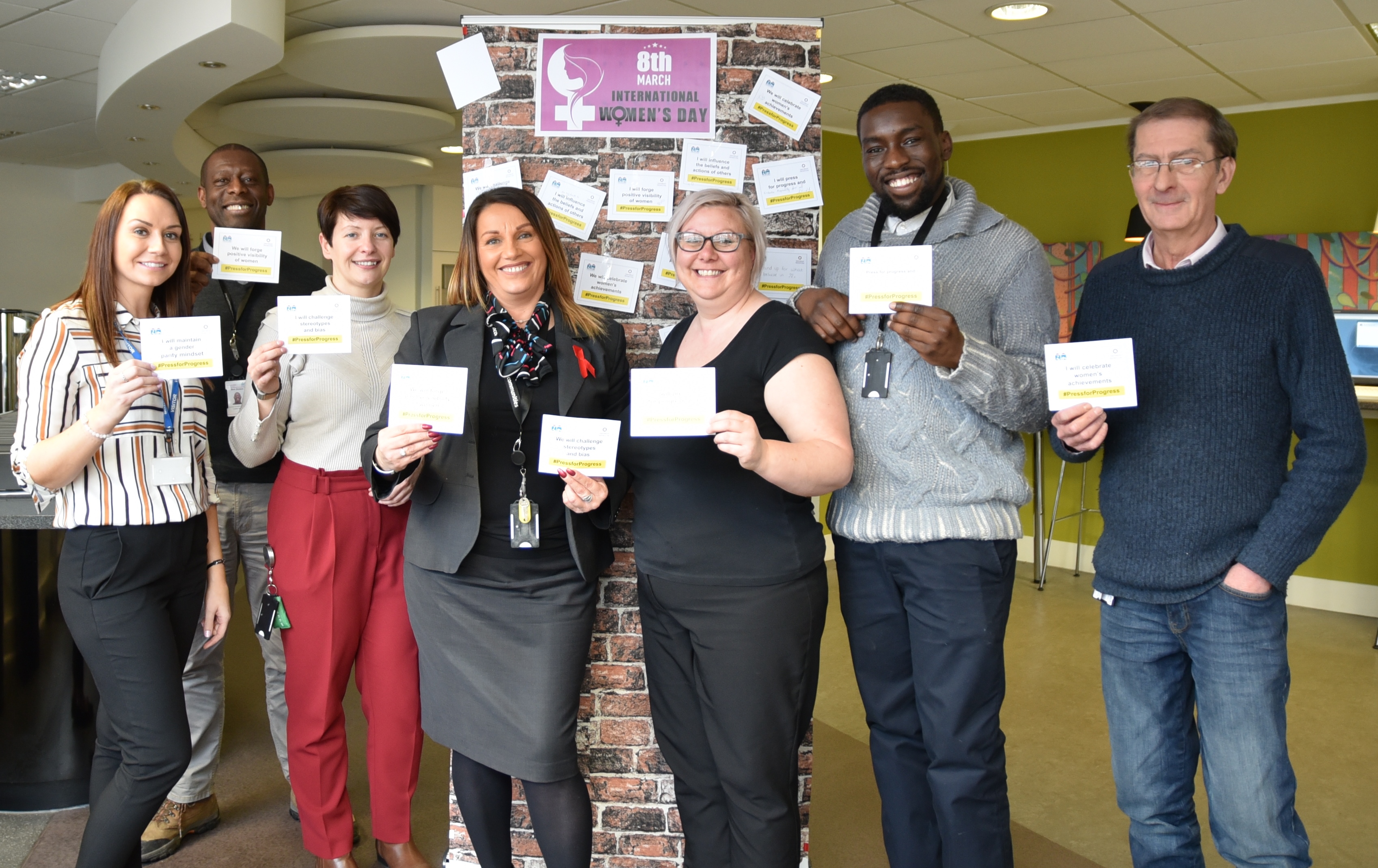 4 Incommunities Group has over 22,600 homes in West and South Yorkshire. Incommunities is the biggest social landlord in the Bradford District and the Huddersfield-based Sadeh Lok is a traditional BME Housing Association formed in 1988.